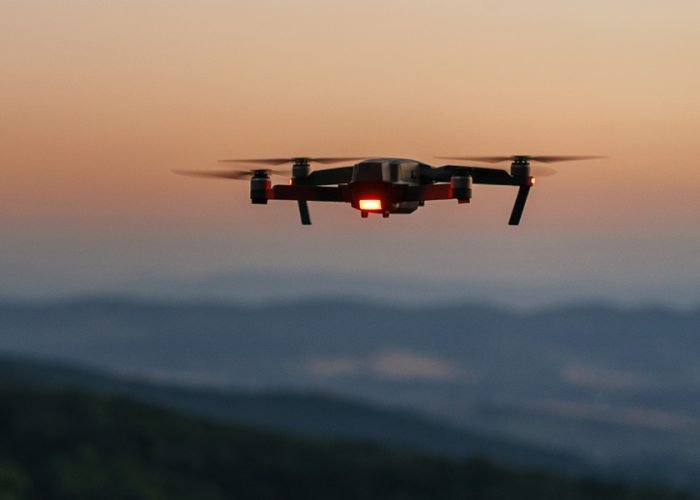 My stories are about people—not technology, but writing thrillers these days, tech is sure to sneak in somewhere. The trick is to keep the focus on the action and suspense, so the tech is just a slick of gloss that frames the scene in the 21st century and not an info dump that fogs it up. In my last day job, I was a technologist at a major defense contractor—and yes, ma’am, I do remember that I signed the Official Secrets Act—but that still leaves plenty of room to spice up a storyline with a cyber espionage hack or the latest military kit. As the Gatwick drone fiasco proved, even a speck of hi-tech can kick off some riveting drama.

“I’m a thriller writer. I’m in the think-evil business.”

In case you missed that show, it was a pantomime with a dinky-toy drone playing the Grinch and stealing Christmas from 350,000 passengers at the UK’s second biggest airport. At this point, I should slide into a commercial for The Saint of Baghdad, but that’s hard to do without spoilers. So I’ll rant on about drones instead—something that’s more than easy. For years, the media have preached their benefits. They’ll soon be delivering our online purchases, we are told. They’ll be taking medicines to remote communities and tracking dastardly ivory poachers. Maybe. But there’s a lot else they’ll be doing too. I’m a thriller writer. I’m in the think-evil business. The gun lobby in America is forever reminding us that Guns don’t kill people. People do. They’re right. Many objects—virtual or real—can be turned into weapons. A vehicle is not designed to kill people, but it does a great job at it, especially with a fanatic behind the wheel. Drones can be far more dangerous. Too bad so many people had to miss Christmas to make the point.

“…and get snapshots of the locks and security systems.”

In future, the UK will no doubt have the most drone-proof airports in the world, and many nations will be scrambling to patch up their own inadequate defenses too. That’s all good. But drones are not just a risk to airports and strategic installations. They are an overlooked and under-regulated security and privacy threat to us all. They are a gift to crooks (and thriller writers). In the UK, drones cannot fly within 50 meters of a private residence. Other countries have similar laws, but they’re meaningless. Let’s set aside the obvious. Crooks won’t give a damn. They break laws. That’s their job. Besides, it’s easy to scope out a residence (or a commercial business or industrial plant) from that distance, and when there’s no one at home why not zoom down and get snapshots of the locks and security systems.

“… you’d be surprised at what a rogue drone can get up to.”

There has to be accountability, and the solution is to combine technology and legislation. Every drone needs a unique identification tag linked to a legal person. That tag needs to be broadcast periodically and integrated into the drones operation so that if the broadcast is disabled, then the drone cannot fly. If manufacturers, authorities, and civil liberties groups work together, this approach can protect the legitimate use of drones and curtail their anti-social and criminal use. Until then, you’d be surprised at what a rogue drone can get up to. Did I ever tell you about… nah, you can read it here…